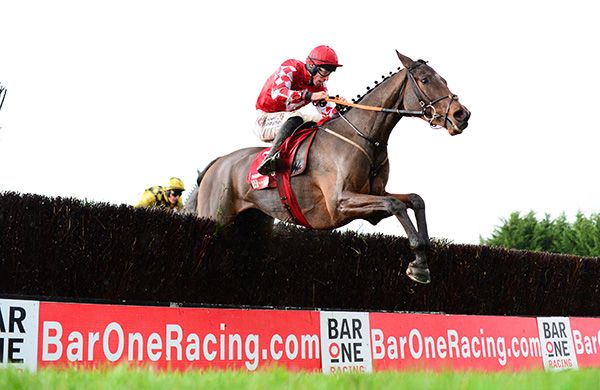 A dual Grade One winner over hurdles last season, he added his third top-table prize and first over fences when landing the two-and-a-half-mile Grade One by a cosy four-and-a-half lengths.

One of two in the race for the contest's most successful handler, Mighty Potter was always up with the pace in the hands of Jack Kennedy and produced an exhibition of galloping and jumping.

Kennedy looked to have plenty of horse still underneath him when briefly pressed by Gaillard Du Mesnil in the home straight but ultimately had too many gears for his more experienced rival after the last, storming clear for an impressive victory.

But all the focus at Cullentra House will be on the winner, who was cut to 5-1 from 10s with Coral for the Turners Novices' Chase at the Cheltenham Festival.

Elliott said: "He was brilliant and Jack gave him a wonderful ride. I’m delighted for Andrew and Gemma Brown, Caldwell Construction and Joey (Logan) who buys the horses for them - it's a big team effort.

"The staff at home are working so hard and to come here today with two winners (after Punitive was successful earlier on the card) and a Grade One is brilliant.

"Jack schooled him last Monday and I was happy when I saw the smile on him after he came back in.

"He's still very immature but he’s a good horse. He won two Grade Ones last year and we're lucky to have him.

"I would imagine he'll stay at this distance. We don’t need to rush him. We'll enjoy today and see what happens.

"The second horse is a second-season novice and was placed in the Irish National and they are clear of the rest."

Kennedy added: "I was thinking people would pick holes in his jumping but when he sees a fence he locks on and runs down to them. I wanted to get a lead today so I was probably half sticking him to the ground so I wasn't jumping to the front.

"He made a couple of little mistakes in front due to idleness. He wasn't really watching what he was doing. I think in a real strongly run race you will see the best of his jumping.

"I was trying not to land in front of Luke (Dempsey, on Shadow Rider because he can get a little bit lit up as well. I was very impressed with him.

"I was nearly going to let a roar at Luke to go on in front but obviously he has to ride his own race as well. I would have loved it if we had gone harder to be honest. He got the job done anyway and done it well."

D.N. Russell, rider of Three Stripe Life, trained by Gordon Elliott, reported to the Stewards' Secretaries that his mount made a bad mistake which caused his saddle to slip, was unable to recover his irons thereafter and was forced to pull up.