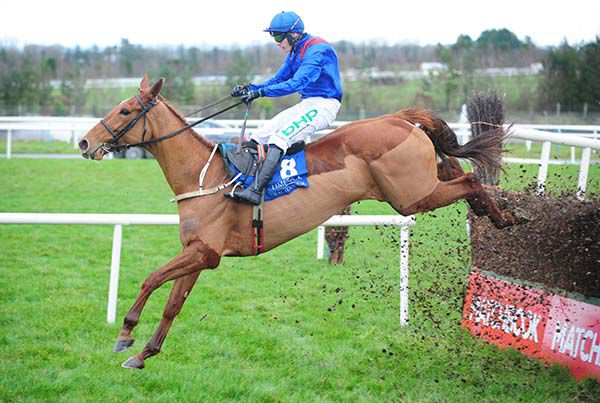 The daughter of Robin Des Champs jumped well in recording a comfortable four lengths win over R'evelyn Pleasure to move Townend to the 71 winner mark for the season, three clear of Rachael Blackmore at the head of the Jockeys' Championship.

Champion Trainer Mullins, who leads Gordon Elliott by E550,000 at the head of this season's Championship, was at Leopardstown and following the race Townend stated “it was a nice opportunity for her but that's her game jumping fences, and it will bring out the best in her.

“Everyone one of the fences up the back she was gaining lengths and she'll go further as well. Class got her trough there but it was a good place to start her.

“We'll see the best of her over fences.”