Robbie Power sidelined with back injury 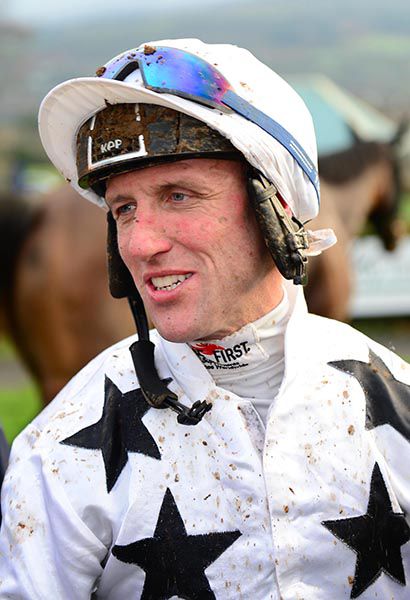 Robbie Power will miss Sandymount Duke’s final run before the Randox Health Grand National over hurdles at Thurles on Saturday.

Power, who won the Aintree spectacular on Silver Birch in 2007, sustained a back injury at last week’s Cheltenham Festival — but expects to return in time for the big race in Liverpool on April 6.

“I picked up a little injury at Cheltenham so I’ll be out for a couple of weeks, but hope to be back for Aintree,” said Power.

“It’s nothing too bad. I’ve got a small back injury. Hopefully it will settle down for Aintree.”

Owned by Rolling Stones guitarist Ronnie Wood, Sandymount Duke was unplaced over the smaller obstacles earlier this month on his first start since falling in the JNwine.com Champion Chase at Down Royal in November.

“He’s got an entry at Thurles on Saturday. We might give him another prep run over hurdles,” said Kate Harrington, assistant to her mother.

“Robbie’s a Grand National-winning jockey and he said give him a run over hurdles before, so we’re taking his advice.”