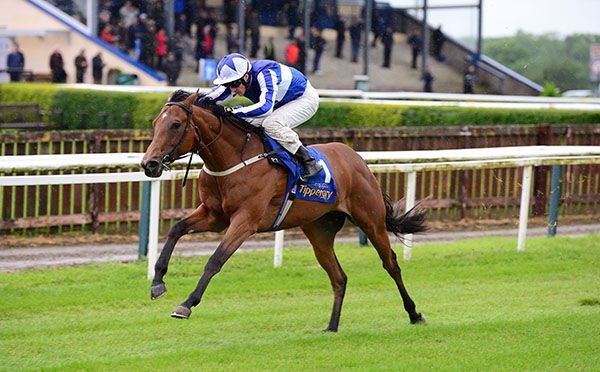 King Power Racing look to have a colt of considerable promise on their hands as Sunday Sovereign romped home in the Irish Stallion Farms EBF Median Auction Race in Tipperary.

The Equiano colt made it two from three with this victory as he drew clear in the final furlong to win by seven lengths under Billy Lee. Lorelei Rock came in second at 3/1.

"I'd imagine his owners would like to go to Royal Ascot and I'd imagine the Norfolk Stakes would be where he will be going, but he will probably have entries in some of the two-year-old races that week.

"He won up the Curragh over six so I think he'll be fine at whatever."