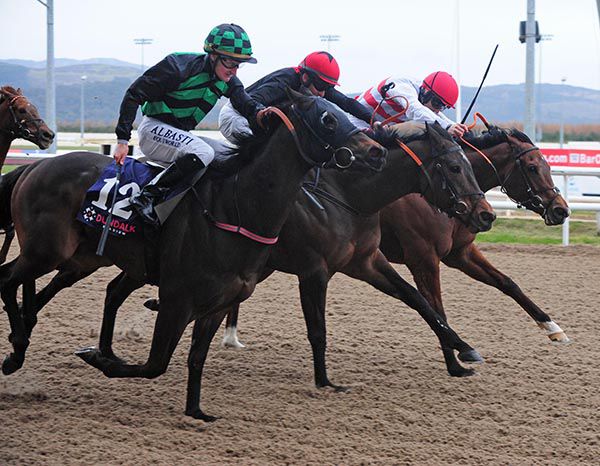 The opening five furlong handicap at Dundalk produced a thrilling finish with just a short-head separating the first three home, as Ty Rock Brandy prevailed at the line. Ar Saoirse took them along but was joined over a furlong out by Ty Rock Brandy who soon gained a narrow advantage. Haqeeba came between the pair to join in inside the final furlong and the trio flashed past the post locked together.

Ty Rock Brandy emerged as the victor, under Colin Keane, with the judge unable to split the other two for the runner-up spot.

The Ado McGuinness-trained winner wasn't collecting out of turn having been placed on her last two visits to the course.

Mc Guinness said afterwards:- “She’s been running rock solid but just about gets the five. A fast four and a half would be better for her!

“I think she’ll be a nice filly for the grass as well later in the year at the likes of Down Royal, Tipperary and Bellewstown.

“That’s our second winner in a week for Tom Heatrick. He’s an owner/breeder and it’s great to have him on board.

“I think there is one more five furlongs race here for her.”