Contingency starts out over fences in Tramore 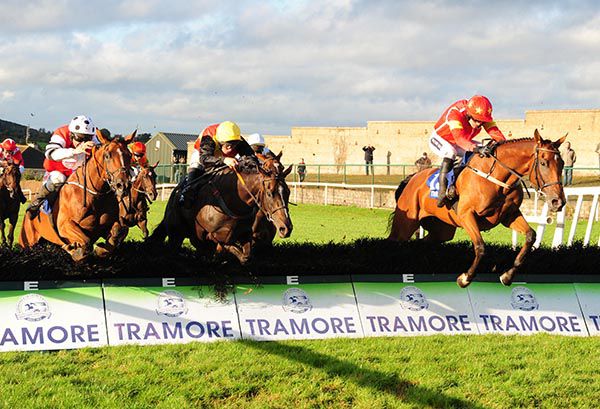 Having won on her debut over hurdles at Tramore, Contingency will be hoping to repeat the trick when tackling fences for the first time at the south-east venue today.

Willie Mullins’ charge comes into the Sands Hotel Tramore (Mares) Beginners Chase off the back of a fine run over timber at the Punchestown Festival, where she was just denied close home by stablemate Mr Adjudicator in a valuable handicap hurdle.

With an official hurdles mark of 128, she sets a good standard if she can transfer that level of ability to the larger obstacles.

The Jessica Harrington-trained Feeling The Love also makes her first start over fences in the two-mile contest, but needs to bounce back to form, having been pulled up over timber at Ballinrobe recently. Mega Mindy has valuable chase experience under her belt and could prove the main danger to the Mullins mare. Shark Hanlon’s charge has been placed on all three outings over fences and ran well when chasing home Victoria Bay at Killarney on her most recent start.

Gordon Elliott looks to have a few live contenders on the card and will be hoping Mam Trasna can get him off to a quick start in the opening Ger Murphy Plant Hire Maiden Hurdle.

The Morozov gelding cost £95,000 after winning a Kelso bumper for David Broad, but disappointed on his first outing for new connections at Perth in late April.

He is sent over hurdles now in a moderate looking contest and despite giving weight away to his rivals, should be good enough to score.

Davy Russell also takes the mount on Tapenade in the Kilmeaden Business Centre Maiden Hurdle and Elliott’s charge looks sure to figure more prominently now in a weak race.

The Scorpion gelding had some decent bumper form, but has been well held in two maiden hurdle runs to date. This looks a much easier task now, however, in a race for horses that have not previously bee placed.

Russell has a strong book of rides at the Co. Waterford venue and teams up again with Ourauldman in the Knockenduff Stud Handicap Hurdle.

He came in for the winning spare on Henry de Bromhead’s charge at Clonmel last month and the Court Cave gelding bids to defy a 7lb rise for that cosy all-the-way victory.