Answers among eight for Killarney feature 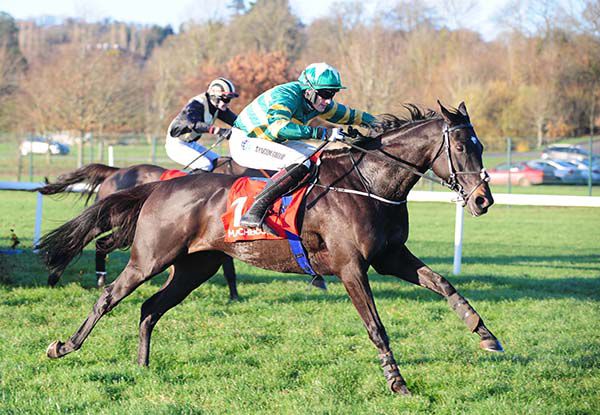 All The Answers
© Photo Healy Racing

The BoyleSports Handicap Chase is the centrepiece of a seven-race card on the opening evening of the July Festival at Killarney.

Eight runners have been declared for Monday's E50,000 feature, with the field headed by the JP McManus-owned and Joseph O’Brien-trained All The Answers

The eight-year-old was an impressive winner on his return from almost a year on the sidelines at Cork last November, before finishing fourth at Fairyhouse a few weeks later.

All The Answers has endured another spell on the sidelines since - but his Cork victory proved he goes well fresh, and any market support could be ominous for his rivals.

John Hanlon's Mega Mindy is set for a swift return to action in the Killarney Park Hotel Handicap Chase — just two days after lunging late to claim a narrow success at Limerick.

All three made winning starts to their chasing careers on their most recent start — and perhaps the one to be on is Robin De Carlow, who won at Grade Three level over hurdles earlier in the year and receives weight from the boys.

The first three events on the card are Flat races, kicking off with the Seamus Mulvaney Bookmakers Fillies Maiden.

The standard is set by Joe Murphy’s 79-rated filly Peruvian Lily who may well be good enough to get off the mark.

The Ger Lyons-trained Pythion finished out with the washing in the Queen’s Vase at Royal Ascot last month, but should make the most of having his sights lowered significantly in the Irish Stallion Farms EBF Median Auction Race.