Yorkhill bidding to bounce back at Clonmel 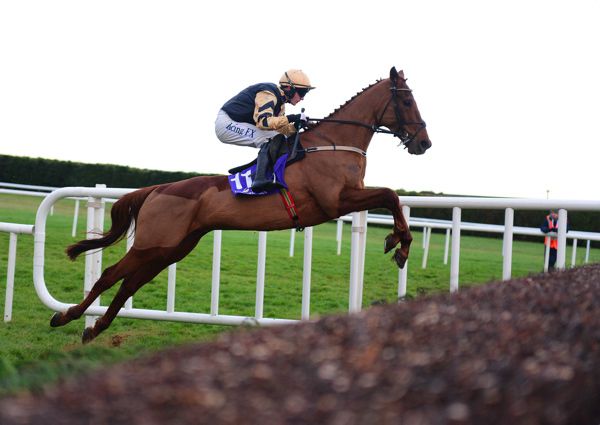 Yorkhill will bid to get his career back on track when he lines up in Clonmel’s Suir Valley Chase.

A four-time Grade One winner, the Willie Mullins-trained son of Presenting has failed to make an impact since finishing second in the Ryanair Gold Cup at Fairyhouse almost two years ago.

Well-beaten on his most recent start at Auteuil in June, the enigmatic chestnut returns to fences on Tuesday — with Ruby Walsh booked to ride.

Mullins is also represented by Acapella Bourgeois and Polidam — with Paul Townend set to partner the former, who finished down the field at Cheltenham on his latest outing. Arctic Fire is another Grade One winner in the field but looks up against it on what will be just his second start over the larger obstacles. Poli Roi and St Stephens Green complete the line-up, and are far from no-hopers in a competitive contest.

The opening race on the card is the Goatenbridge Maiden Hurdle, in which Raya Time and Annamix stand out.

Raya Time, who is rated 127 and has some solid form to his name, is tried in a first-time hood — while the well-touted Annamix is fitted with a tongue strap after finishing second on his Irish debut at Limerick over Christmas.

Rachael Blackmore will be aboard Raya Time for Henry de Bromhead, and the same combination again have strong claims in the Ardfinnan Maiden Hurdle with Megalomaniac

A half-brother to Grade One winner Hidden Universe, the son of Alfred Nobel should be able to make his presence felt in a contest of this quality.

Blackmore takes the ride on Braize for Aengus King in the Vee Handicap Hurdle, and Commandant for Joseph O’Brien the Slievenamon Beginners Chase.

Point-to-point winner Braize was a good fourth at Limerick on his most recent start, while Commandant is not without his chance in what looks a wide-open contest.

Declan Queally will be hoping recent course winner Bothar Dubh can make a bold bid in the Slievenamon Beginners, while he also saddles Cloudy Morning in the Adare Manor Opportunity Handicap Chase.

A staying-on second at Wexford on his last start, the 11-year-old should appreciate this step up in trip to two miles and seven furlongs.