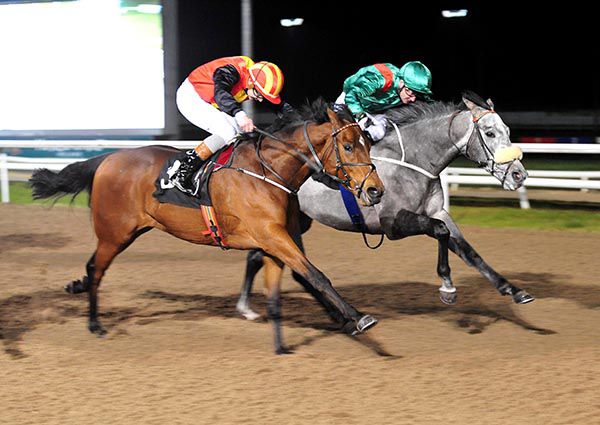 The Michael Halford trained, Aga Khan owned Karakour made a winning debut from the outside draw in the Meridian Security Ltd Maiden at Dundalk today, winning under jockey Pat Smullen.

The grey Dalakhani gelding was burdened with the 'car-park draw' in 14 and while also friendless in the market (2/1 this morning, returned a 7/1 chance), raced with the pace throughout and in the end battled gamely to beat Griffyndor by a head.

Halford later reported "I was delighted with him; he's a very green horse and it's a lot to ask first time out from a wide draw. Pat did really well to get a good position on him, and when he was challenged he tries really hard.

"There is a lot of improvement in him; he's a typical Aga Khan horse as he's lazy at home but he did well to rally back.

“I didn't think he was sharp enough on his homework to win first time out so he's done well to win."